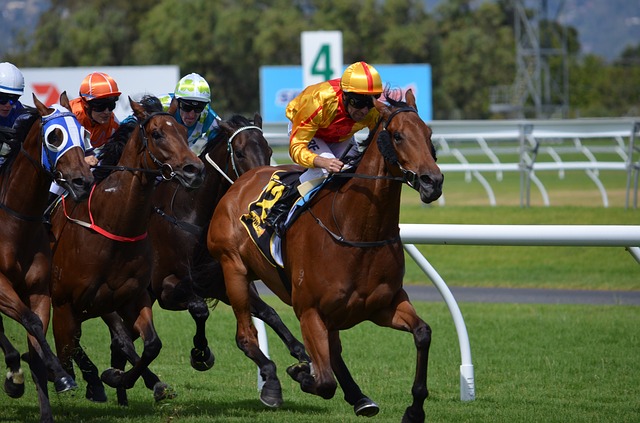 Looking at a Slew race listing, one sometimes can be confident that one of the top horses is set to run a winning race or at least finish strongly and be part of an exacta or trifecta. One example of a recent winner points to a key component in using Slew's Fast Horses to find winners in this way.

On Feb. 11, 2012, Slew's top horses won three out of the first four races listed for the day at Gulfstream Park - races 2,4 and 5. I'm going to show you the 5th race as the first example of this subject. Here is the way it was listed that day:

These two horses were standouts in this race, a 1 1/16 mile open affair at the MSW level on the turf. Bridge Loan was making his third start with the previous one being his debut on the turf. You might keep your eye on this son of Empire Maker out of a Giants Causeway mare to win on the turf very soon. Late stamina seems to be an early problem but in time Mr. Pletcher should have that kink worked out. However, on this day he was facing Golden Ticket for the second time in a row, having finished behind him in their last start. Those two finishes are listed in Slew's listing shown above. With Golden Ticket making his 2nd start on turf and 2nd start in the current form cycle, and having finished very well in his turf debut on Jan 01, 2012, he was set to beat a field that appeared to lack any real competition with the exception of Bridge Loan, whom he had already beaten. The key here is that there was only 3/4 of a length between them on Jan. 1, but one was moving forward and the other backward.

They ran as expected on Feb. 11 with the top horse besting the second listing yet again. But this type of look to a Slew race isn't what this article is about. It does however, serve as a contrast to Slew's listing of the race that held the horse to find that day, a horse which keyed a $460 pick 3 using 2 strong singles and the four Slew's Fast Horses listed in the middle leg. Here was the first leg of that wager:

OK. So this is a bit of a different story, and I'll take you through my process with this listing. I needed a single here because I wanted to play into race 11. I thought Get Stormy would avenge her Breeders Cup loss in her first start back, and didn't want to miss the opportunity if she did. But I had four horses in the middle leg (all listed by the way) and needed a single in this race. I was also working and didn't have time to handicap the races to any great degree. But I wanted to be there if Get Stormy avenged her Breeders Cup loss as I suspected she would.

Didn't have to (handicap) as it turned out. Here is what I saw:

Heavenly landing had won her last start listed here (the + after the rating). Speak Easy Gal had won at Tampa on Jan 8th, then ran a tough one on Sunshine Millions day and got beat after leading the entire way. That was Jan. 28, just two weeks before this race. Not good. Hit It Rich had won her last race (shown here) but in fact had run after that AND WON that race too. That race was not fast enough to make the list. That leaves Thundering Emila, and while she makes the list, she was obvious filler, and with the 6th place finish showing in a very fast race she couldn't be considered a serious contender here...and her PP's bear that out. So: we have two horses that won their last start and one who almost did. Do you know how hard it is for a horse to repeat as a winner? Unless you are Citation, Cigar or Zenyatta your chances of repeat wins in graded stakes company are very small. Enter Snow Top Mountain. With a graded stakes resume and 4 losses in her last four races that when combined amount to less than a length, she was ready.

The point here is that just because Slew lists horses in a certain order doesn't make them "picks". Form cycles play a huge part in the career of a horse with losses following wins as the normal course of events. I was thrilled when I saw this listing the morning of the race because it filled me with confidence. I had been very familiar with Snow Top Mountain from previous races as she has shown herself on Slew's lists several times. On this day, with the four horses that precede her on this list, she was an even more confident single in this grade 3 turf event, and she keyed a wonderful pick 3!

So don't be afraid to dig a little deep when races show the kind of listing you see here. More often then not, the high quality horse that ran well but didn't win in his or her last race, if it was a good affair, is likely to outrun horses that have come off of wins. Not unlike a weight trainer who has a great training session on Monday, then can't lift a bag of groceries on Tuesday. If the horses on top are coming off of strong wins, and facing tough competition today...don't be afraid to throw them out.

And as always...good luck and good 'capping!